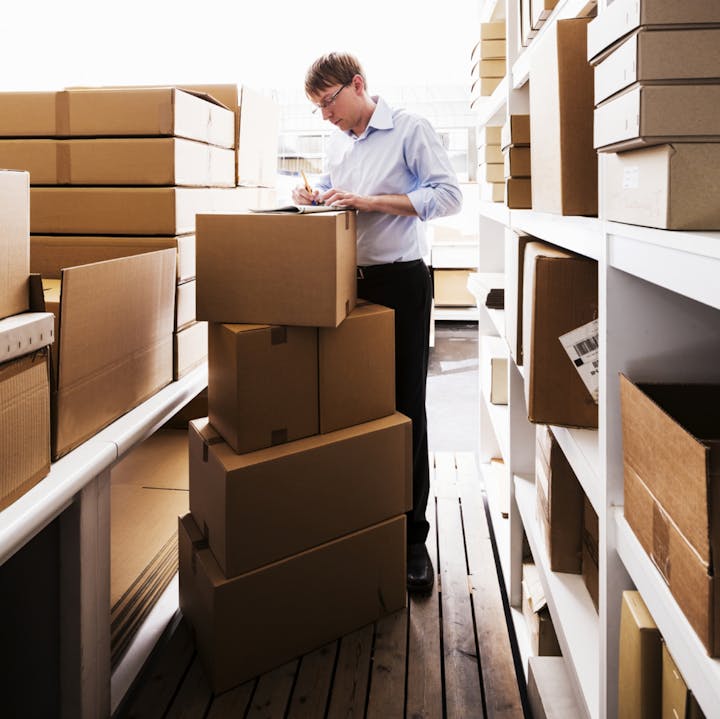 As challenging as all that can be, it’s only part of the situation facing L’egent International, Ltd., a Newburgh, NY-based distributor of handbags, backpacks and belts from overseas. When product arrives at its distributorships in New York, New Jersey and California, L’egent prepares them for sale in stores like JC Penney, Wal-Mart and Sears. It stuffs the pocketbooks with paper or balloons, price tags products for the appropriate stores, packages and labels them in six or 12 unit cartons and then ships them to the specific stores.

Its shipping volume is so high, that blank shipping label stock arrives from Cooley Group, Albany, NY, by the truckload. Last year, it also printed 8 million tags. That comes out to roughly 100,000 tags a week. Typically, L’egent has only 24 to 48 hours to prepare, tag, package and label the products. If it misses a shipping date, the order can be cancelled.

Printing accuracy must be at least 99%, especially on bar-coded items, or L’egent is fined.

“It gets crazy after awhile, even with computers,” says Audrey Guardino, MIS director at L’egent’s headquarters. Even though roughly only 40 customers require tags and 90 need shipping labels, they are the largest volume users. And the remaining customers are daily joining the compliance-labeling crowd.

L’egent, a NY-based distributor of handbags, backpacks and belts from overseas, faced challenges for turn-around time, print volume and accuracy. What sold them on the SATO’s TG3 Series printer was speed and the twinax connection enabling it to go straight to the AS/400, improving their operations.

To keep up with its customers’ demands for fast turn around, L’egent sought faster printers and a faster way to get the labels to its distribution centers.

When an order came in, L’egent used to print shipping labels at headquarters using SATO M84Pro series printers from SATO America, Inc. and Barcode400 label design software for the IBM AS/400 from T.L. Ashford, to maintain quality control. Then it shipped them to the distribution centers. It was a tight squeeze when orders had to be out in 24-48 hours. If the distribution center spotted a mistake in the printing or a change was required, the time factor to get new labels there was a major hurdle.

L’egent is committed to meeting its customers’ demands, however, so it worked with Bar Code Systems & Supplies of Wappingers Falls, NY to improve its labeling and tagging system and guarantee that products were shipped on time. It purchased five newer, faster SATO M84Pro thermal transfer printers (with twinax cable connector capability) for headquarters and six for its distribution centers.

At headquarters, the printer connects straight to an AS/400, eliminating the middleman: a dumb terminal that was so old that replacement parts were hard to find.

“This makes it so much easier to control spool files and if it runs out of labels, it’s easier to replace,” says Guardino. “We don’t have to worry about a work station dieing either. This is much simpler.”

The existing 10-year-old SATO printers have been recycled to print temporary labels on shipping packages, such as ones that announce: RED HOT SPECIAL or SALE DATE IS MAY 30.

“We tried other printers that are supposed to be high speed and print barcode symbologies over IP,” says Guardino. “Maybe they were faster, but when we tested those labels, they were not clear enough to scan accurately. If you don’t have a label that scans accurately 99% of the time or better, you get charged back. Sometimes that charge is $5 a box.”

“The only printers that print legibly are thermal transfer and that is because they move the ribbon ahead every time they print. You never get a used ribbon section. The heat is what is printing the letters or numbers, so it is nice and clean and crisp,” adds Guardino. Another bonus: L’egent can print colored text just by changing the ribbon spool.

“The SATO M84Pro printer really increased our speed a lot. Once it came out, we were in better shape. Sometimes we run five at one time,” says Guardino.

Alpha-Tech‘s Brian Brooks of Marlboro, NY, solved the second concern: getting labels to the distribution centers in a timely manner. He searched the Internet and discovered a Bos e-twinax controller.

SATO printers at remote sites plug into it, and it plugs into an Internet connection. Flip a switch, and the SATO printers in the distribution centers, whether in New Jersey, New York or California, receive printing orders from the AS/400 in Newburgh. Design of the shipping labels is controlled via T.L. Ashford’s Barcode400 software there.

“Once you give the e-twinax Internet connection, it finds its way back to the L’egent network and lets any device connected to it become part of the AS/400,” says Brooks.

Another plus is L’egent can continue to design labels with the user-friendly Barcode400 label design software. There were no complicated software changes, no bugs to work out, and no learning curve to overcome.

“When you have instant print capability, it’s like the labels are sitting in the distribution center,” says Guardino.

A different operation creates the price tags. Two different SATO printers are used, the SATO TG3 Series, which is specifically designed for printing tags, and the SATO M84Pro with the optional, tag cutter module. The TG3 Series are used for the large tag orders and the M84Pro printers for the smaller orders. Each variety runs off a Next-Link PC from Seneca Data running LABEL MATRIX®, barcode labeling and integration software from Teklynx® International. “That works particularly well with small labels,” explains Guardino.

Whether printing on tags or labels, however, L’egent needed a reliable and sturdy printer. “Rarely do we need anything fixed on the SATOs,” says Guardino. “Workers clean them with cleaning tape after each roll of ribbon runs out, but that’s all. We haven’t had any major problems with any of the units. True, we print such a high volume of tickets that we go through cutters quickly, but Roy did some research and found that all were basically the same.”

L’egent also purchased a spare cutter module for each type of printer. When the blades need to be replaced in either printer— the whole module is changed, which is a five-minute operation with either printer. Then Bar Code Systems ∧ Supplies rebuilds the cutter module. This way the tag printers are down for a minimum of time. “I believe one of the TG3 Series has more than 5,000,000 inches of printing on the print head and it is still printing excellent,” says Lewis.

L’egent had become so used to the reliability of the SATO printers, that it was almost a non-issue. What did sell them on the new printers were the speed and the twinax connection enabling it to go straight to the AS/400. Says Guardino, “We don’t need anything else. There’s no IP connection. If the printer runs out of labels, it’s easier to replace. It is just much simpler.”

Meeting the compliance labeling demands of some of L’egent’s 1,000 customers improved its own operations. With the new twinax printers and off-site twinax controller to the Internet, printing labels and tags is accurate, fast and simple. L’egent is now able to more efficiently serve its customers and satisfy its own pocketbook, too. 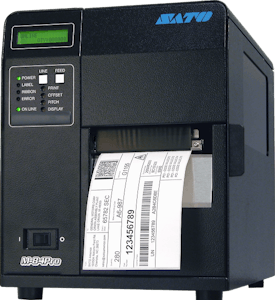 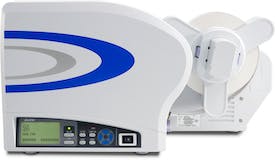